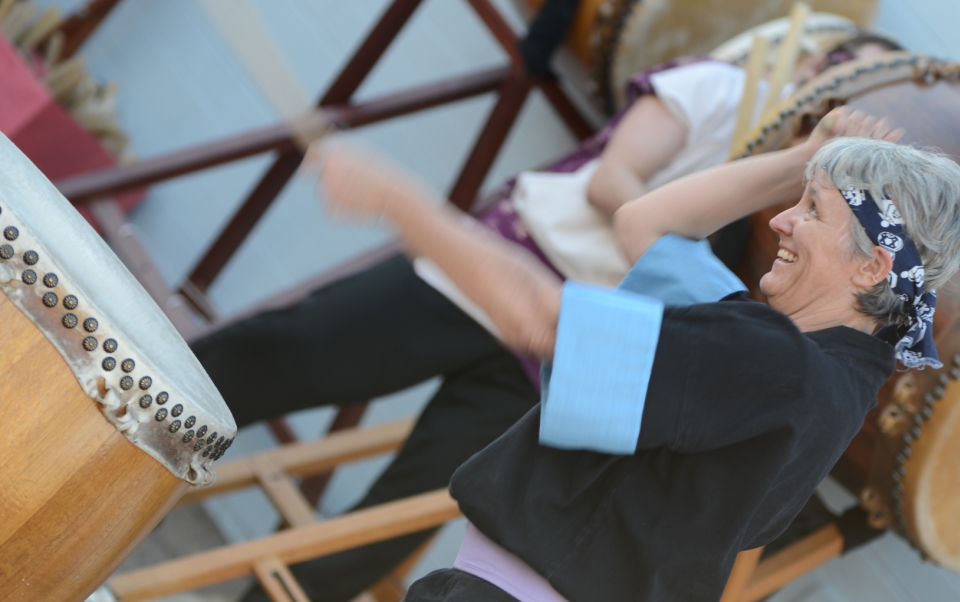 Eileen Morgan has a B.S. Degree in Music Education,
K-12 and a Master's Education Degree in Deaf Education, K-12 and has taught in public, private and special needs schools since 1986. Eileen began studying Taiko in 1992 with Esther Vandecar, founder and director of Fushicho Daiko/Phoenix Drummers as part of Esther's long term residency at Phoenix Day School for the Deaf.
As the music teacher for hearing impaired and deaf students at PDSD, Eileen sign language interpreted for Esther and helped teach Taiko to the students. Eileen quickly fell under the spell of taiko and joined Fushicho Daiko as a performer in 1994 and instructor in 2003. Since then, the group has traveled throughout Arizona and the Southwest, bringing high energy performances and residencies to tens of thousands of children and adults. 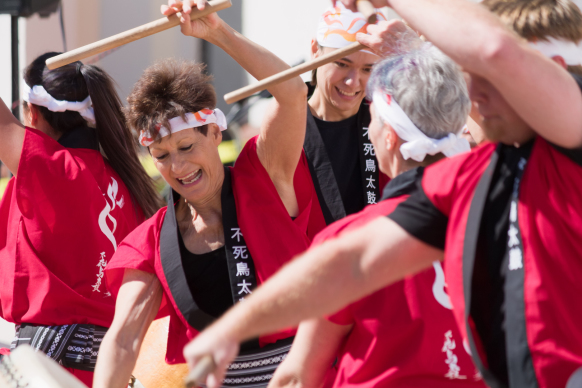 Fushicho Daiko was founded in 1992 by Esther Vandecar, upon her return from living in Japan for 7 years.  The group performed for festivals and schools throughout Phoenix and the southwest beginning that same year.  In 1997 Fushicho Daiko was added to the Artist Roster of the Arizona Commission on the Arts and the performing group continued to grow artistically and creatively.

Eileen became director of Fushicho Daiko in May 2011 upon Esther Vandecar's retirement and the group continues to perform throughout Arizona and the Southwest. Arizona residencies include Nogales, Phoenix, Yuma, Williams, Bull Head City, as well as Lubbock, Texas. Fushicho Daiko continually collaborates with numerous Arizona Commission on the Arts roster artists and groups throughout the state.
Check out Fushicho Daiko's website at www.taikoaz.com

For a full listing of Taiko work as a soloist please see "Past Programs".

Eileen has been on the Arizona Commission on the Arts Roster
with Fushicho Daiko since 1997 and as a soloist since 2001. 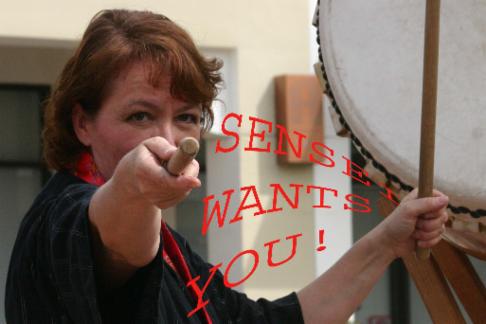 Workshop and study in Kyoto

Japan and China, June-July 2002.
Leader of WYVEA Cultural Exchange Tour.
Led a group of American professional, students throughout Japan
as well as Beijing and Xian, China.
Studied wind instruments with professional instructors in Japan and China 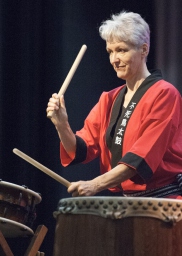 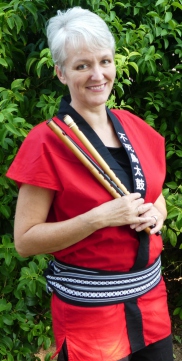 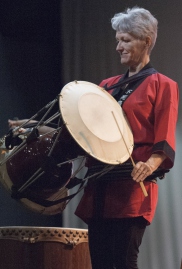 Personal
Eileen has been married since 1989 to Patrick Morgan, a karate instructor specializing in Okinawan Martial arts and self defense for adults and children.